The CEO of the Berlin-based OTA says the company is stronger than ever while the competition retrenches.

Speaking yesterday at Arival 360, GetYourGuide Co-founder & CEO Johannes Reck said the company, which raised nearly $500 million in 2019, didn’t need to raise new capital. He positioned it as a competitive bidding process among investors that would give the company a stronger market position as travel returns.

“Investors don’t look at the next 12 months or 24 months. They are looking at the next four, five, six years,” Reck said. “[They] see experiences as being at the center of travel when we rebound. People are craving right now to go out and connect with new cultures and to meet new folks and a new destination and to go on that tour or to visit that iconic attraction… And that’s where they put their money.”

He said GetYourGuide plans to continue to be aggressive during the downturn while competitors have pulled back.

“This is a sign of strength,” he added. “Even if the pandemic takes another two years, three years, four years, we’ll be here.”

He also claimed that the company gained significant market share as travel rebounded, albeit in a limited, regional way, across Europe this summer.

“We could see in the rebound, which predominantly happened in Europe this summer, that we were rebounding well ahead of the local market, gaining market share by two, three times in every destination that we were in,” said Reck. “We had plenty of European destinations where we were this year actually, above last year.”

“No Preferencing for Originals”

Reck insisted that Originals, the company’s two-year-old initiative to offer GetYourGuide-branded tours and experiences with local tour operators, will not get preferential treatment. Originals has been a growing concern among tour and activity operators who list on the platform and now find themselves competing with listings that are managed by the very company that owns the marketplace.

“Originals will compete on an absolute fair basis in the marketplace, so there’s no preferencing. There’s nothing where we try to make the product better than the rest,” Reck said. “What we really try to do is continue to differentiate Originals, so it’s different from the rest of the marketplace and is a value as well.”

However, the company has given preferential visibility to Originals products vs. other listings in the past, something Reck acknowledged. “We gave Originals an initial boost to get traffic to the product so we could evaluate the worth of the product and whether it works with customers. We have overhauled our entire search and discovery experience this year… and I can promise you and the broader audience that we will treat Originals equally with regards to the rest of the marketplace.”

The GetYourGuide CEO has not minced words in his criticism of Google and their dominance in the online demand funnel for travel. But he also acknowledges it’s a complex issue and that travel brands still need to work with the search giant.

“I wouldn’t characterize Google as an enemy. I would rather characterize them as a partner that is sometimes overstepping,” said Reck. “We have grown our business together. GetYourGuide wouldn’t be here at the same scale without Google. And I would say Google would have earned a lot less revenue in the sector without us.”

“That said, in a relationship where Google is the fundamental search engine, with 90% market share across Europe and 75% plus of all European and U.S. travelers consulting Google for travel advice, I do think there are limits to where you should go, in terms of what you offer to customers.” he continued. “So you cannot take our cash… and our content and then rebuild our product…  I’m not okay with Google rebuilding verticalized search and a walled garden, where they take customers away from us while making us continuously pay.”

Google “Just Collected the Bills” During the Pandemic

“To me, this issue really became more top of mind with the pandemic,” said Reck, who has been heavily critical of Google’s actions since March when much of the global travel industry shut down. “When, in March, everything tanked and customers needed to be refunded in bulk, Google wouldn’t stand up for a penny of it, and they wouldn’t compromise, and they were just collecting the bills.”

“This is fine,” added Reck, “if you’re purely the advertisement engine, but you cannot say that you need the content, and you need to keep the customer and then have us pay the bills if things go wrong. So, you can’t be an ‘OTA light’ that doesn’t have to do any of the ugly work but keeps all of the profits. That, to me, is not fair. And that, to me, is not equitable.”

Reck described virtual tours and experiences in one word: “temporary.” He believes that in-person experiences are the future of this industry and that efforts at online experiences are little more than a placeholder until travel returns.

“We launched virtual pretty much right away, but as an open product, not something that people would necessarily pay for,” he said, referring to the company’s virtual tours products launched this past spring. “[It was] nothing that was part of our long term business strategy. Our idea was more to give operators the opportunity to reach our global audience throughout lockdown when people can’t travel, to entice them to try out that brand. And that worked pretty well for a short period of time.”

“I don’t think that anything replaces the real experience,” he continued. “If you’re not traveling,  it’s tough to put you into the same context as if when you’re traveling. And in the long run, I don’t think that there’s any way virtual experiences can replace the great documentaries that you can see on TV, on Netflix, on other shows. I think that’s a different business line, and that’s certainly not our business in the travel industry.”

When playing a word association game at the close of the interview, Reck responded to “TripAdvisor” with a two-word response: “future partner.” The response drew lots of interest from attendees given that TripAdvisor owns the large tours and activities OTA Viator and is the top competitor to GetYourGuide.

The response will likely fuel speculation that TripAdvisor might look to expand the product listings on its “Things to do” pages beyond those of Viator. Arival has reached out to TripAdvisor for comment.

See the complete interview and get access to more than 60 new content sessions including interviews with industry leaders. Participate in hands-on workshops for creators and sellers of tours, activities, attractions, and experiences. Network with more than 1700 of the brightest minds from the Best Part of Travel. All content and networking will be available for one year.

Find out more and register today! 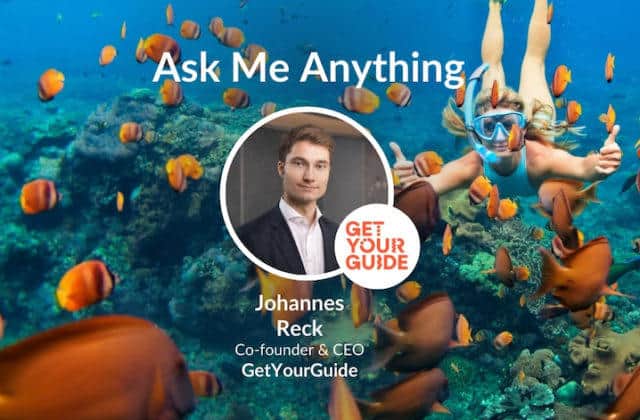 The report from Business Insider says the company has raised another €80 million. 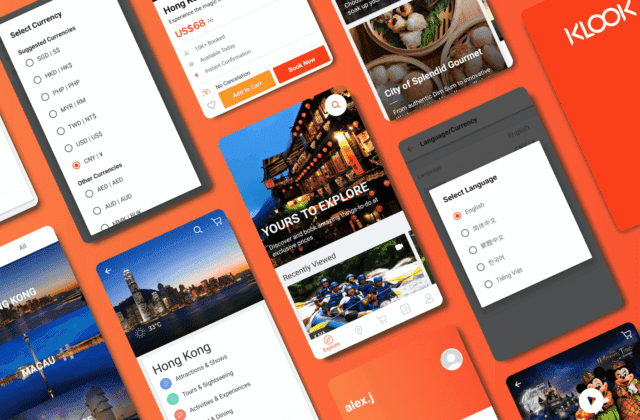 Klook Pivots to Domestic for the Long Haul

Klook is all in on local and domestic experiences for a long haul, says CCO Wilfred Fan 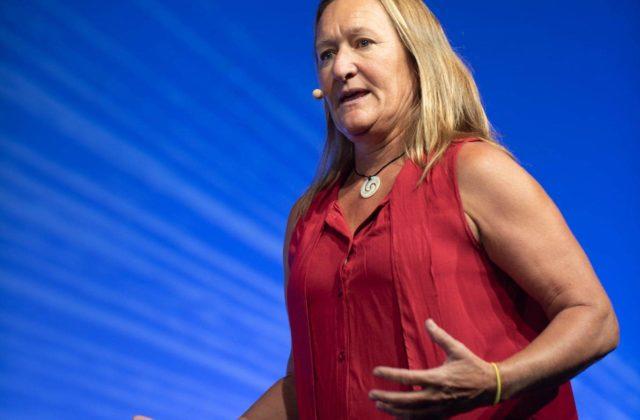 Watch: How to Be Happy & Successful In Your Business

Sue Cooper, owner of Lazy Dog Adventures, shares her secret to success and happiness. (Psst … it starts with you.)

Join a community of thinkers, doers, creators, and innovators from across the globe who want actionable insights into the Best Part of Travel and beyond. 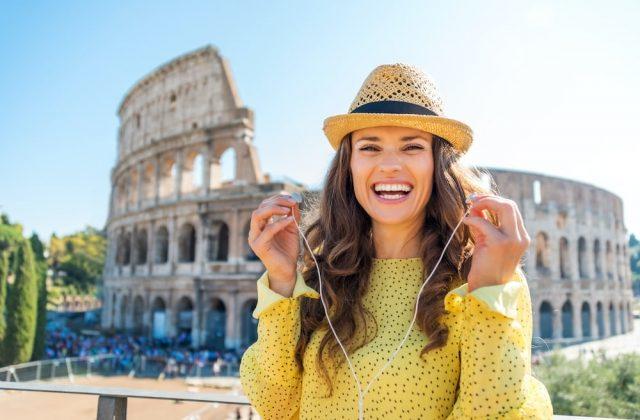 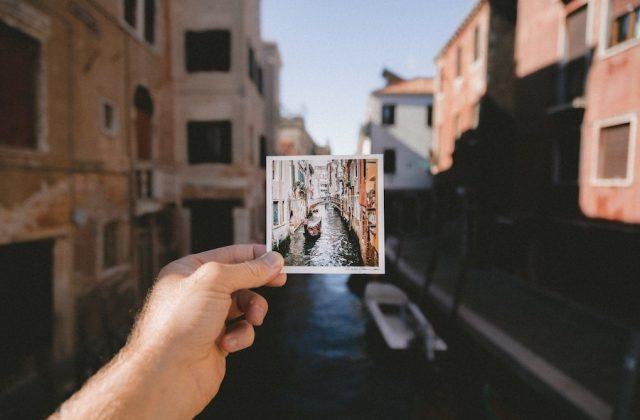 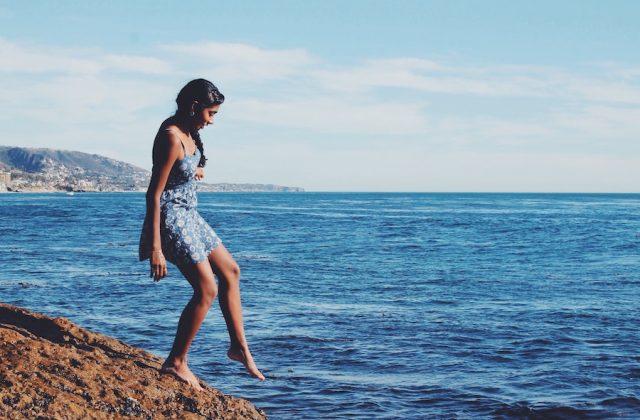 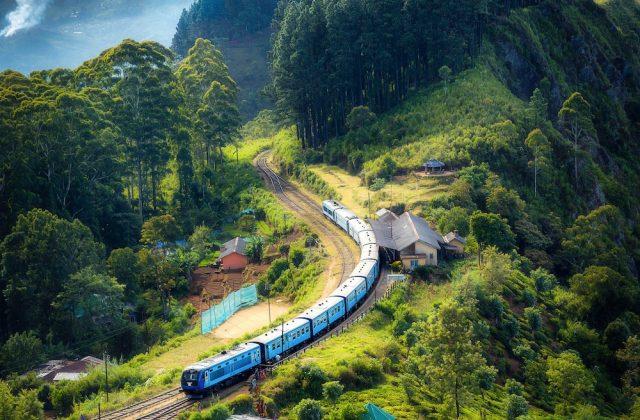